August 21, 2017
A boat like Bravo is meant to move.  To travel and carry her owners and passengers to many destinations.  Our first trip together on Bravo had a bit of a rough beginning.  The plan was to leave Atlantic Yacht Basin early on August 8 to begin the journey to Maine.  The summer cruising would cover the northeast/New England Coast until the cold weather chased us south again.  The 500+ mile journey seemed like a really big step to undertake on our own and the weather was forecasted to be rainy and stormy.

However, we got a break and James Knight (Yacht Tech extraordinaire!) needed to go to Newport, Rhode Island and offered to hook up with the Bravo team for the trip north.  Win-win…  James gets to Newport, and Nora and Karl get more on-board coaching and 24/7 practice running at night.  Sounds like a plan!

Departure day, August 8, dawns grey and cloudy with a steady downpour.  All systems are checked, and Bravo is headed toward Great Bridge and the canal locks.  Ted Dixon and Jenny Johnson on their Nordhavn 47, Southern Star follow us out.  Twelve miles through Norfolk, opening highway bridges, railway bridges, past a wide variety of Navy facilities (aircraft carriers, submarines, and all sorts of other floating warships) and out to Chesapeake Bay.  The weather is rainy, cool and cloudy…  just like the Northwest. 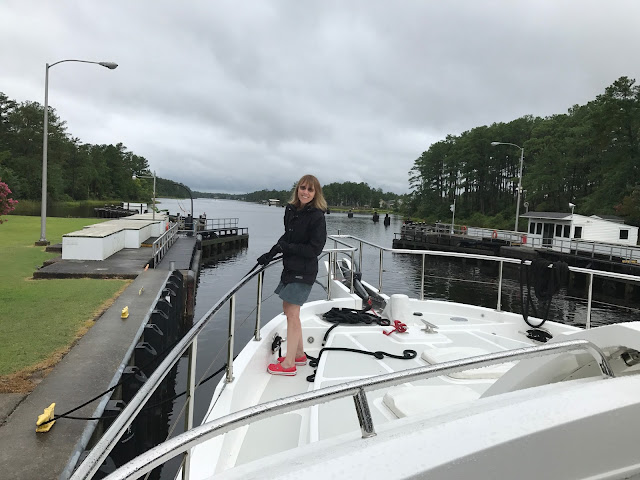 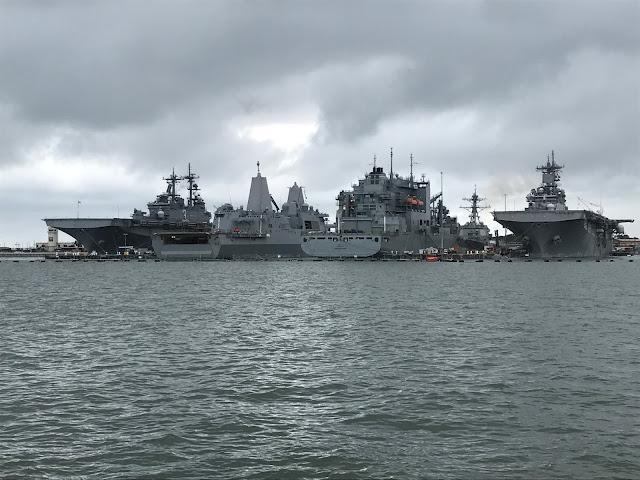 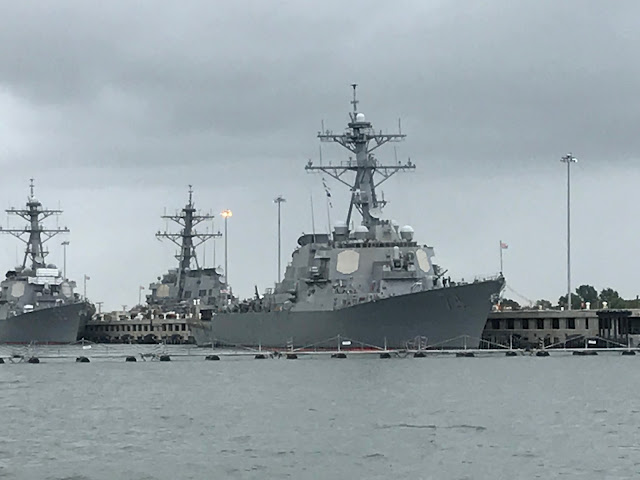 Four hours into the trip, we cross over the Chesapeake Bay Bridge Tunnel and head north into the Atlantic Ocean.  The skies begin to clear.  A beautiful sunset and a full moon make it a great night to be on the water.  After sundown, the fishing boats go to work.  We watch radar and AIS and deviate several times to avoid their work areas.  It was fabulous having James on board for this trip.  He coached us on numerous systems, electronics, and passage-making tips. 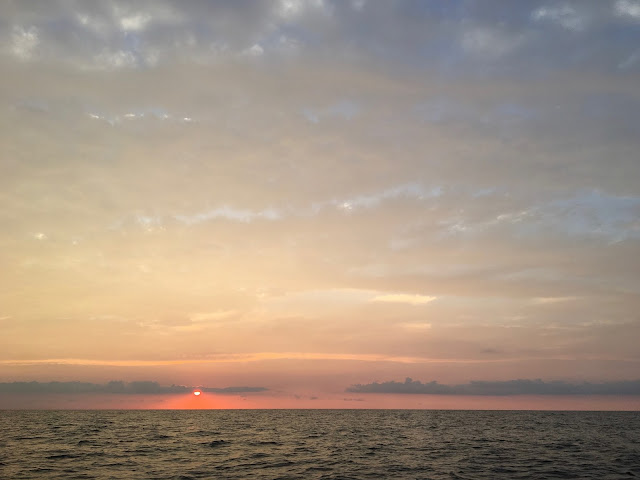 On a northeast track passing the coasts of Maryland, Delaware, New Jersey, and New York, we are out of sight of land for a day and a half.  To run 24/7, we all take turns at the helm and nap in-between.  We arrive at Block Island at 3:30am Thursday, August 10.  We work our way through the narrow channel into Great Salt Pond and are greeted by a kaleidoscope of anchor lights.  We do our best to select an appropriate spot and drop the hook in the dark.

After a few hours of sleep, we awake and take a look outside.  Sunshine, bright blue sky and an amazing 360-degree view of about 500 anchored boats who had the same idea as us!  We test the davit/crane and new dinghy lifting harness and prepare the dinghy for our trip to shore.  Once ashore, we take a cab into town and the driver educates us on local news…  The year-round population is about 1,000. Summer tourists raise that number to 20,000.  A wind farm and cable to the mainland finally ended their dependence on diesel powered generators. 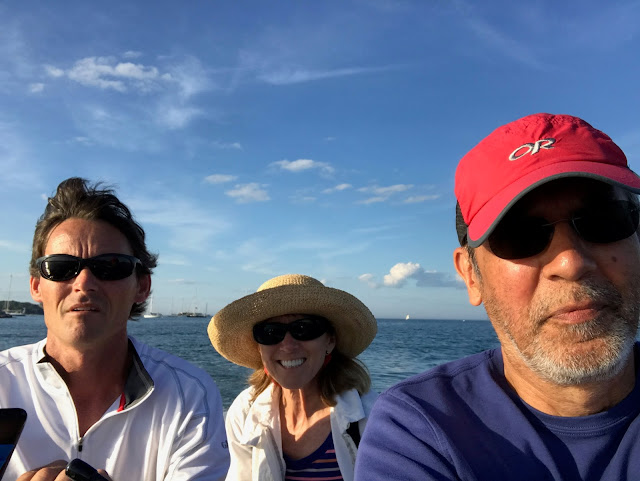 The next day we continue the journey northeast to Newport, Rhode Island.  Wow, what a surprise!  The entire harbor is a giant mooring field and the docks along the waterfront are filled with mega yachts.  Small sailing boats scoot in-between the moored boats.  After several tries, we score a mooring buoy with a front row view of the mega yachts. 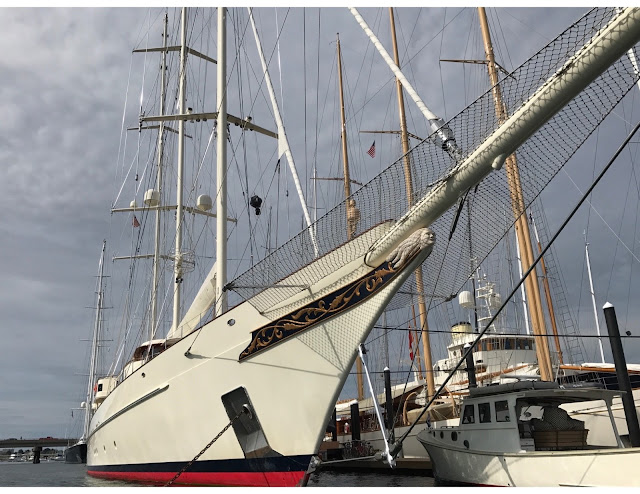 The scale of the mega yachts is difficult to capture in a photo.  Just note that a whole section of Newport Harbor was filled with sailing yachts whose masts are so tall they require red anchor lights to warn airplanes of their presence!


Looks like a long party night ahead for them! 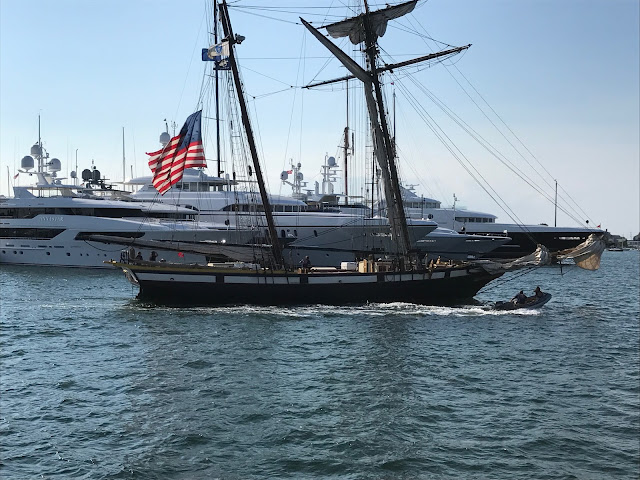 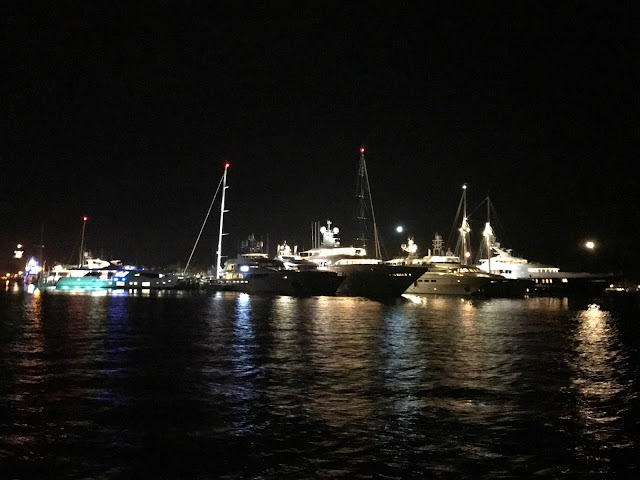 Yes, Newport knows how to party!  Almost every inch of the waterfront is covered with bars, restaurants, and lots of people in a festive mood.  FYI…  it is only 3:00 in the afternoon. More to come as the day wears on. We head across town and up the hill to re-provision.  We pass by St. Mary’s Church where John and Jackie Kennedy were married.  Also, part of our walking tour is the Tennis Hall of Fame.  A beautiful old facility with grass courts, flower baskets, and viewing balconies. 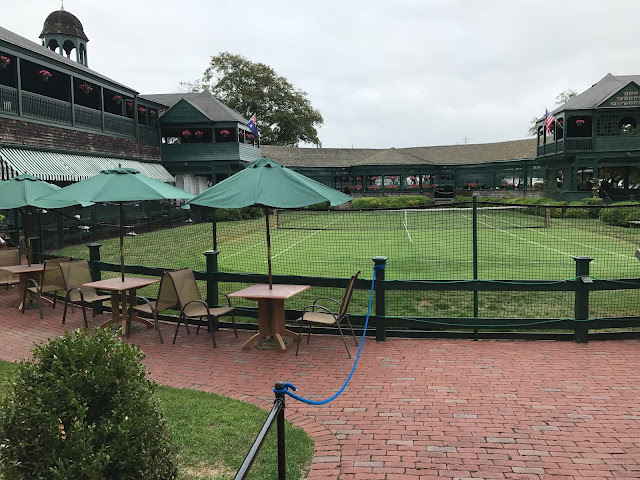 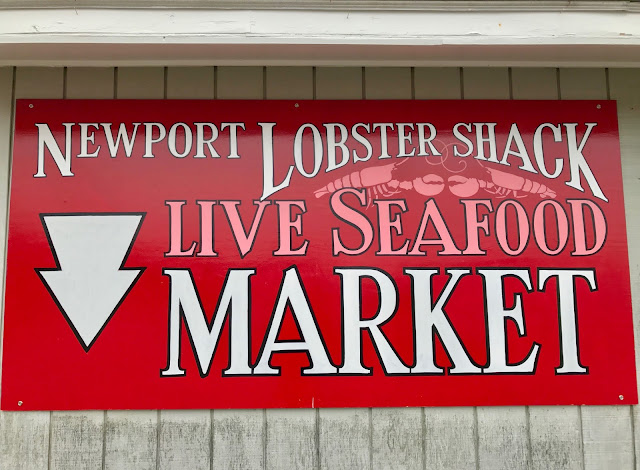 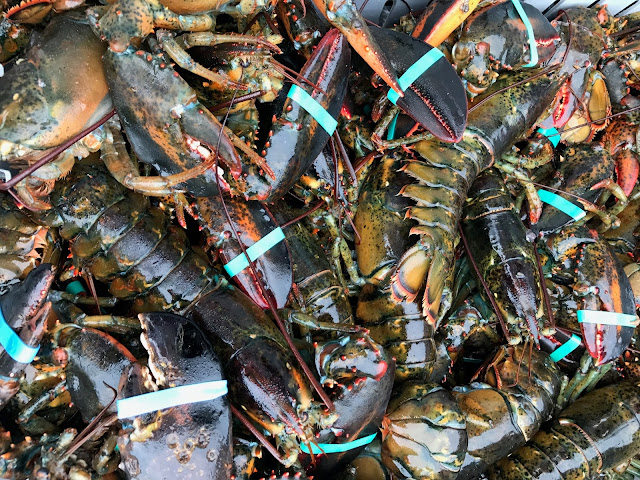 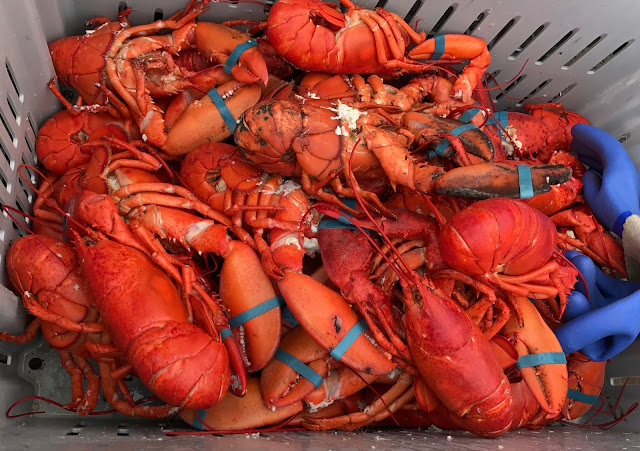 Steamed lobster and a front row seat to Saturday night in Newport.  The waterfront party scene is alive and eclectic.  We can hear a wide variety of music coming across the water including “Glory Halleluiah” (Mormon Tabernacle Choir), “My Way” (Frank Sinatra”), Euro-disco, and something by Edith Piaf!   Fireworks, cannons, boat horns, top off the celebrations. 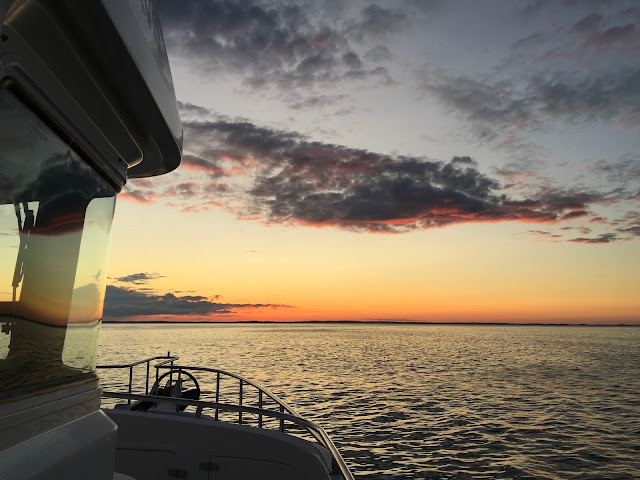