This blog is a step back in time.  It is the week immediately following BRAVO’s purchase in late April 2017.  The insurance company prefers that the vessel not be in Florida with hurricane season rapidly approaching.  So it was decided to move the boat north to the Atlantic Yacht Basin in Chesapeake, Virginia, a voyage of about 700 miles.  Karl cannot do the trip solo and he has to convince two of his best friends that they should drop what they are doing, catch a flight to Palm Beach, Florida, and spend 5-7 days in an off-shore adventure in our new boat.

So, three days after taking possession of BRAVO, Karl and two of his craziest “what-the-heck” friends, Mark Jeseritz and Rick Notley take off from Old Port Cove Marina, Florida and head 50 miles offshore and due north.  Six days and one finger later (details below), they arrive at Atlantic Yacht Basin in Chesapeake, Virginia, on the Intracoastal Waterway (ICW) mile-marker 12.  Some near seasickness, some going in circles, and a major introduction to BRAVO’s systems all packed into one quick trip.  BRAVO is tied up safe and sound in covered moorage to await our arrival in July. 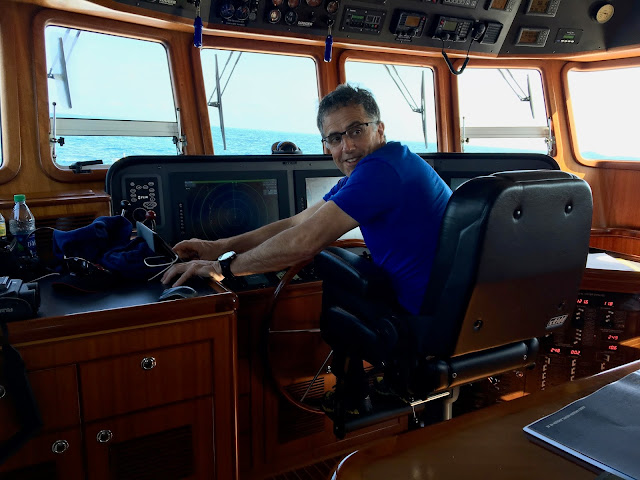 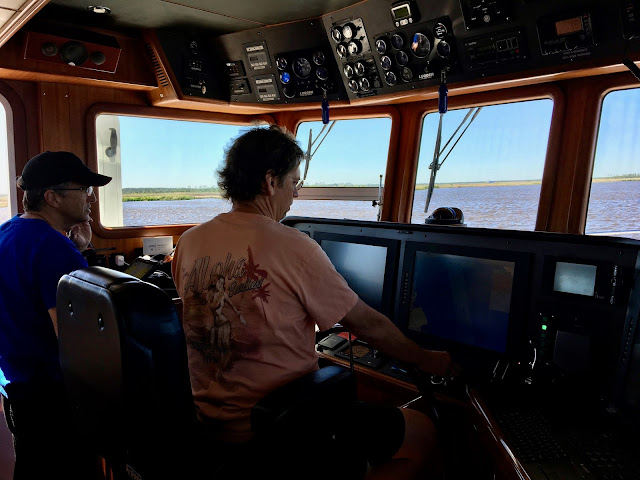 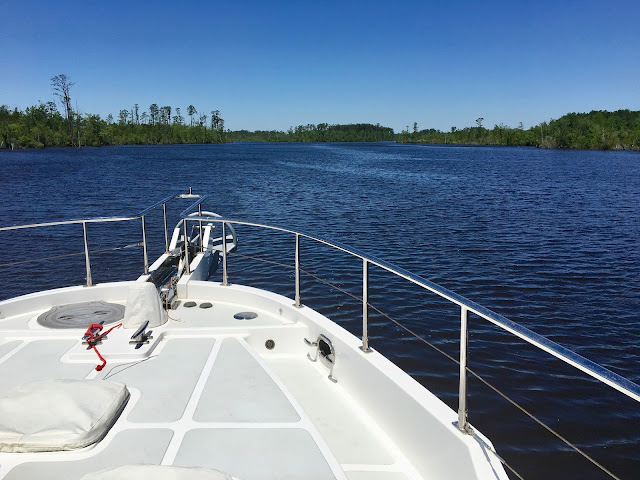 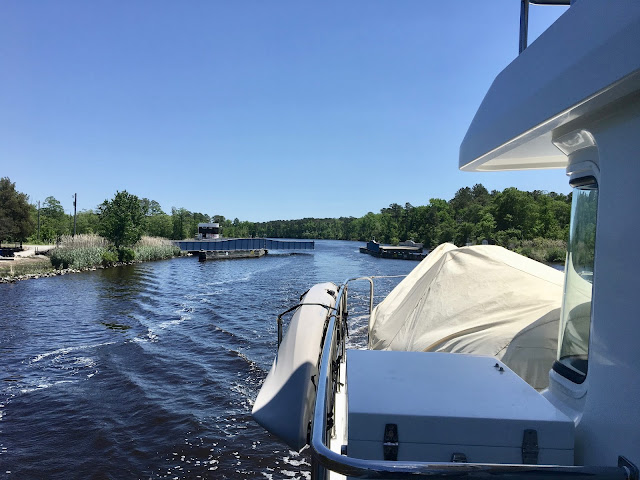 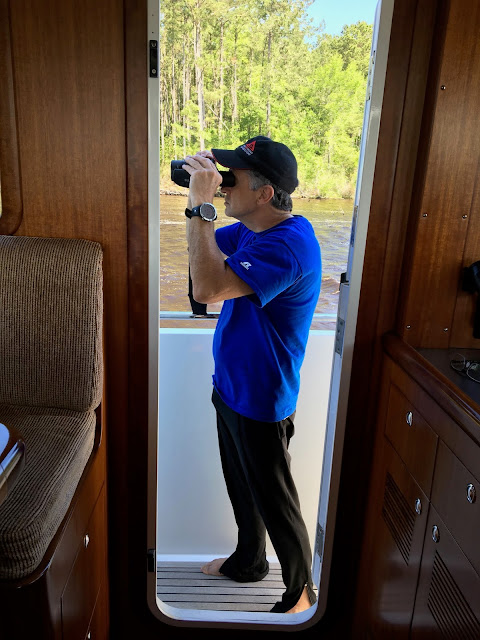 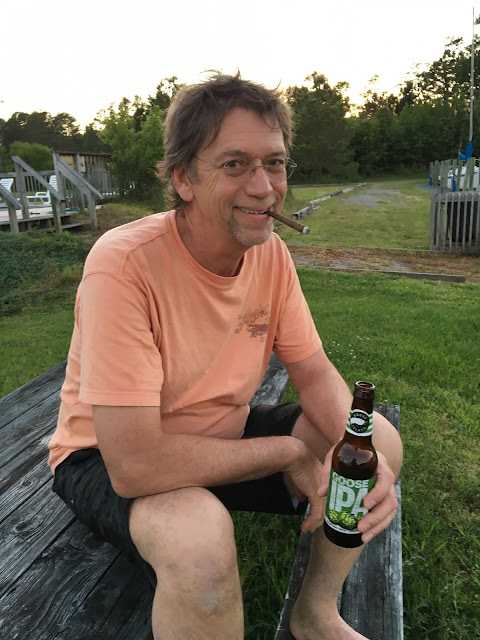 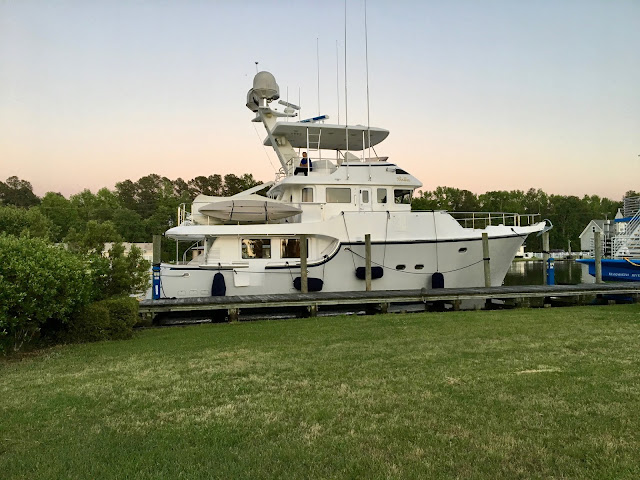 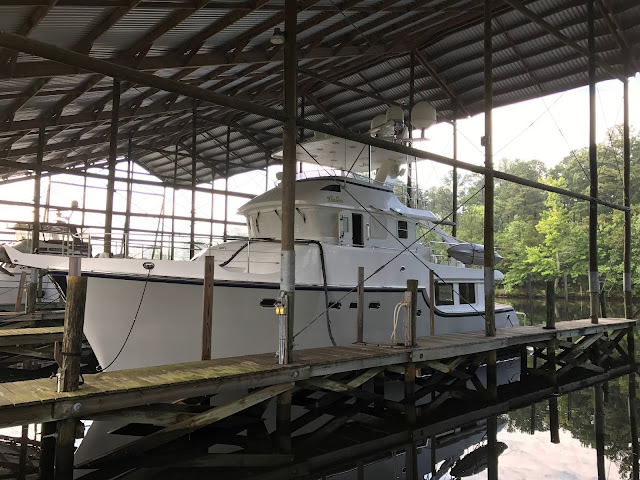 Sidebar story… the lost fingertip.
After 4 days running 24/7 offshore, the BRAVO crew headed to the ICW for the last leg of the trip in more protected waters.  The first night at a marina in Belhavn, North Carolina, the guys decide a beer and a movie on the boat is a great way to relax.  Unfortunately, the lift TV had different ideas and sliced off the tip of Karl’s pinky!  Luckily, the marina staff jumped into their truck and took Karl to the local urgent care clinic.  Bandaged up, he returned to BRAVO and they completed the remainder of the trip.  Thanks to “Uncle Geoff” Karl got in to see a hand specialist at UW medical Center in Seattle.  Their recommendation was to let nature take its course.  Ugly as it was, the wound healed and the pinky is returning to normal.  …A little shorter than before, but A-OK.  If you have a weak stomach, skip the pictures below.

Pictures are further down. 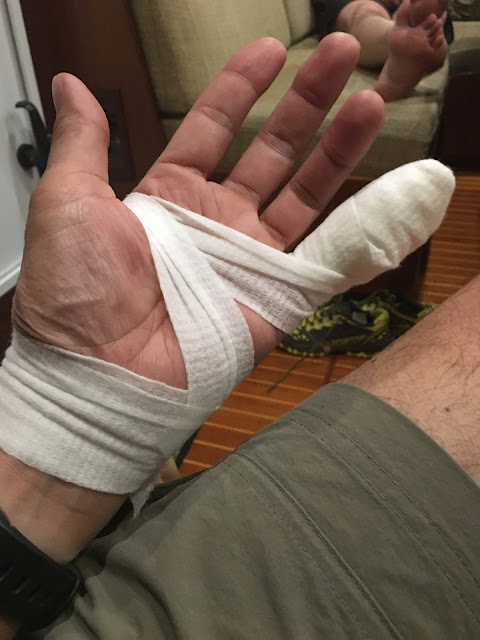 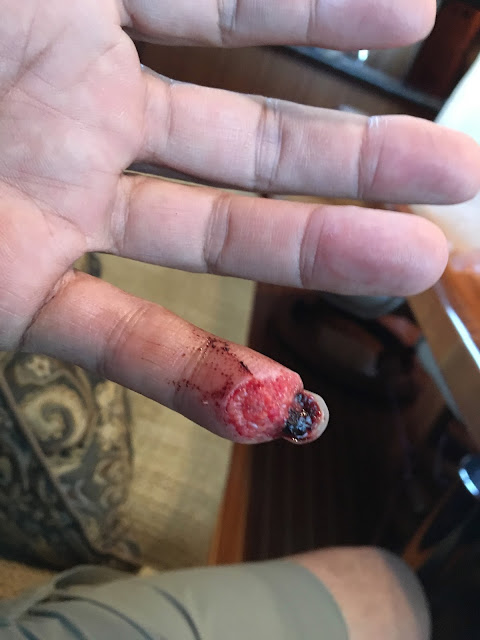